Even if you don't master every exercise and become an immortal, this book and/or its companion ("Healing Love Through the Tao: Cultivating Female Sexual Energy") will give you concrete practical ... Read full review

This book changed my life. I found this book in an alley at the age of 30 after a personally profound incident and scoffed at the title. Born and raised Catholic such concepts were alien. I had studied/practiced Tae Kwon Do from 10-20 yrs old and achieved black belt so eastern philosophy was not foreign to me, or so I thought.
I took the book home and started an exercise called 'testicular breathing'. In the process after only a few times I was able to draw seminal fluid to the crown of my head and meditate using the 'microcosmic orbit'. I've been self-cultivating ever since - I'm now 43 - I've taken some basic classes in Tai Chi, Yoga and Kung Fu. Now I know it as the kundalini as well. No one can deny.
More recently I've been intrigued by early christian church suppression of gnostic gospels (Thomas, Mary Magdalen, Apocryphon of John, Peter and Judas) that claim:
"These are the secret sayings/teachings which the living Jesus spoke...."
1) And He said, "Whoever finds the interpretation of these sayings will not experience death."
39) Jesus said, "The Pharisees and the scribes have taken the keys of Knowledge and hidden them. They themselves have not entered, nor have they allowed to enter those who wish to. You, however, be as wise as serpents and as innocent as doves."
22)"When you make the two one, and when you make the inside like the outside and the outside like the inside, and the above like the below, and when you make the male and the female one and the same, so that the male not be male nor the female female; and when you fashion eyes in the place of an eye, and a hand in place of a hand, and a foot in place of a foot, and a likeness in place of a likeness; then will you enter [the Kingdom]."
23) Jesus said, "I shall choose you, one out of a thousand, and two out of ten thousand, and they shall stand as a single one."
24) His disciples said to Him, "Show us the place where You are, since it is necessary for us to seek it."
He said to them, "Whoever has ears, let him hear. There is light within a man of light, and he (or "it") lights up the whole world. If he (or "it") does not shine, he (or "it") is darkness."
Gospel of Thomas
I'll spare in depth analysis of these gospels, but wish to do so in the proper environment. After examining them as well as the esoteric Egyptian school, I'm convinced Jesus learned the keys of Knowledge at the Temple in Man (Luxor) in Egypt. He is the Way the Truth and the Light... The kingdom of heaven is inside you (and outside). So now after rejecting christianity in my twenties, I'm a reconvert to what I believe are the true teachings of the Christ. The irony is not lost that I would have to learn from 'heretical sources' (ie. yoga, tai chi, gnostics) for the true teachings of Jesus. Providence of and to the immovable race can't be veiled and that is how I found the book. Thank you Master Chia. 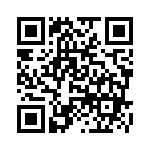