Page 17 - When (2) it is not contrary to reasonable expectation, but does not imply vice, it is a mistake (for a man makes a mistake when the fault originates in him, but is the victim of accident when the origin lies outside him). When (3) he acts with knowledge but not after deliberation, it is an act of injustice...
Appears in 25 books from 1908-2007

Samuel Weber is Avalon Professor of Comparative Literature at Northwestern University and Director of Northwestern's Paris Program in Critical Theory. He is the author of numerous books, including The Legend of Freud, Institution and Interpretation, Mass Medianras: Form, Technics, Media, Theatricality as Medium, and Targets of Opportunity: On the Militarization of Thinking. (Fordham) 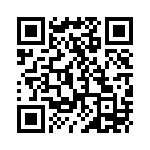