John Goyder, a professor of sociology at the ;University of Waterloo, is the author of Essentials of Canadian Society (1990) and The Silent Minority (1987). He collaborated with John Porter, Frank Jones, Peter Pineo, Monica Boyd, and Hugh McRoberts on the National Mobility study, reported in the 1985 book, Ascription and Achievement. 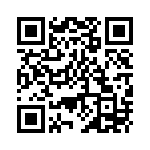