Humorous and philosophical contemporary (1997) French fiction from Les Editions de Minuit, a publishing house born out of the French Resistance during WWII and noted for its catalog of avant-garde and ... Read full review

This is a short, comic novella about an author who can’t write and can’t maintain his vow to give up TV. The tone is serious as the narrator contemplates the meaning of television and gives deadpan ... Read full review

Jean-Philippe Toussaint is the author of nine novels, and the winner of numerous literary prizes, including the Prix Decembre for "The Truth about Marie". His writing has been compared to the works of Samuel Beckett, Jacques Tati, the films of Jim Jarmusch, and even Charlie Chaplin.

Jordan Stump is an associate professor of French at the University of Nebraska, Lincoln, and translator of more than half a dozen French novels.

Warren Motte is chair of the Department of French and Italian at the University of Colorado, Boulder, where he specializes in contemporary writing and focuses particularly on experimental works that challenge conventional notions of literary form. He has written several studies of contemporary French Literature, including Fables of the Novel: French Fiction Since 1990, available from Dalkey Archive Press. Translator and editor of Oulipo: A Primer of Potential Literature, he also edited an issue of the journal SubStance dedicated to the work of Jacques Jouet, and is a contributing editor to Context magazine. 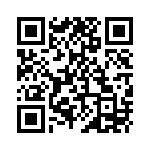