Ellen Mickiewicz is James R. Shepley Professor of Public Policy Studies in the Sanford Institute for Public Policy and Professor of Political Science at Duke University. She is a leading authority on Russian news media, and her previous publications include Changing Channels: Television and the Struggle for Power in Russia (1997) and Split Signals: Television and Politics in the Soviet Union (1988). 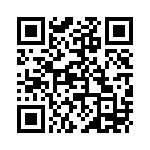