John Dayhas been involved in research and development of computer networks since 1970, when they were 12th node on the "Net." Mr. Day has developed and designed protocols for everything from the data link layer to the application layer. Also making fundamental contributions to research on distributed databases, he developed one of two fundamental algorithms in the updating of multiple copies. He also did work on the early development of supercomputers and was a member of a development team on three operating systems. Mr. Day was an early advocate of the use of "Formal Description Techniques "(FDTs) for protocols and shepherded the development of the three international standard FDTs: Estelle, LOTOS, and extending SDL. Mr. Day managed the development of the OSI reference model, naming and addressing, and a major contributor to the upper-layer architecture; he also chaired the US ANSI committee for OSI Architecture and was a member of the Internet Research Task Force's Name Space Research Group. He has been a major contributor to the development of network management architecture, working in the area since 1984 defining the fundamental architecture currently prevalent and designing high-performance implementations; and in the mid-1980s, he was involved in fielding a network management system, 10 years ahead of comparable systems. Recently, Mr. Day has turned his attention to the fundamentals of network architectures and their implications (as discussed in this book). Mr. Day is also a recognized scholar in the history of cartography, on Neolithic Korea, and on Jesuits in 17th-century China. Most recently, Mr. Day has also contributed to exhibits at the Smithsonian and a forthcomingchapter in "Matteo Ricci Cartographia, 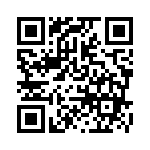