SALLY BANES is associate professor of dance history and theater studies at Cornell University. She graduated from University of Chicago (B.A. 1972) and New York University (Ph.D. 1980) and has taught at Wesleyan University, the State University of New York at Purchase, Florida State University, and the New York City School of Visual Arts. Banes has received Guggenheim, Mellon, and The American Council of Learned Socities fellowships. She has been editor of Dance Research Journal and performance art critic for the Village Voice, and she was formerly a senior critic at Dance Magazine, a contributing editor to Dance Scope and Performing Arts Journal, and the dance editor of the Chicago Reader and Soho Weekly News. Her books include Democracy’s Body: Judson Dance Theater 1962-1964; Fresh: Hip Hop Don’t Stop, with Nelson George, Susan Flinker, and Patty Romanowski; Our National Passion: 200 Years of Sex in America, with Sheldon Frank and Tem Horwitz; Sweet Home Chicago: The Real City Guide, with Sheldon Frank and Tem Horowitz; and Amazing Grace: Images in the Avant-Garde Arts of the 1960s, to be published in 1990. She has edited Footnote to History, by Si-lan Chen Leyda, and Soviet Choreographers in the 1920s by Elizabeth Souritz. She lives in Freeville, New York. 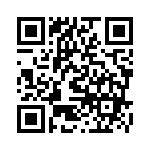