Page 24 - ... family has in the yard an oven built in form of a cone solely for the purpose of roasting the heads legs and tails of animals — on such occasions all the connexion round, are invited, skins are spread on the earth — when these delicacies are thrown down in the centre of the waiting circles, and every one that is fortunate enough to have a knife makes a lively use of it till the whole head is fairly demolished and as many of the legs as can be possibly crowded after it. When they have to pay...
Appears in 7 books from 1897-2000
Page 24 - Ifelt lonely and sad as a stranger in that place, and a vision so lovely, coming so unexpectedly before me, could not fail to awaken tender recollections and altogether make an impression not soon to be forgotten. The 16th of Sept., the anniversary of the Declaration of Mexican Independence, was celebrated with a great deal of order and unanimity and considerable enthusiasm of feeling.
Appears in 5 books from 1950-2000
More
Page 23 - ... despotism — distinguished for their knavery and breach of faith The softer sex are generally handsome in person and regular in feature and of rather a brighter hue than the men eyes black, sparkling, holding most intelligent converse when disposed in the still language of the affections — wear long black hair handsomely adjusted into curls and puffs on public occasions — they are remarkably addicted to dress and Jewelry and on festal occasions appear as richly arrayed as any females I have...
Appears in 4 books from 1897-2000
Page 24 - Gachupines. succession of smiles were continually sporting around her mouth her pouting cherry lips were irresistible and even when closed seemed to have utterance — her eye — but I have no such language as seemed to be spoken by it else might I tell how dangerous was it to meet its lustre and feel its quick thrilling scrutiny of the heart as tho' the very fire of its expression was conveyed with its beamings.
Appears in 6 books from 1897-2000
Page 19 - ... not helped their condition in spite of repeated and frequent remonstrances. If any money arrives, it disappears instantly, for infamous hands are not lacking to take it and give the poor soldiers goods at double their normal value in exchange for what they have earned, suffering the inclemencies of the weather while these inhuman tyrants slept peacefully in their beds. I am not exaggerating ; on the contrary, I keep silent about many worse things I could say. The character of the people is care-free,...
Appears in 5 books from 1926-2000
Page 22 - ... be conducted from this to all parts of the place — the traveller hears around him a confusion of unknown tongues, the red natives of the forests in their different guttural dialects — the swarthy Spaniard of a scarce brighter hue — the voluble Frenchman — a small number of the sons of Green Erin — and a goodly few of Uncle Sam's Nephews or half expatriated sons — he feels himself now for the first time in his life a stranger truly in a foreign land and enters a door for a short residence...
Appears in 5 books from 1897-2000
Less

A resident of Austin, Jack Jackson is a historical illustrator and independent scholar whose work focuses on the Spanish colonial era. John Wheat is a professional translator and Sound Archivist at the Center for American History at the University of Tex 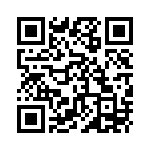