I bought this book when I was around 17, having heard it mentioned on the metaphorical winds of the Internet. I'm a fan myself, and I wanted to see what the scholars were writing about us. I wanted to see how close to reality it all was.
Having never read an academic book before the style was different to anything I'd read before with constant references to this person and that person but it didn't matter. Nor did the fact that this had obviously been written pre-Internet and thus before my days in fandom. It was interesting.
As such, I'm not writing this as an academic or a university student. I'm writing this as a fan, one who picked it up at age seventeen and has kept it on her bookshelf ever since. And taken it out to read several times since.
Despite being written before the Internet as we know it today came about and revolutionized how fandom interacted with each other... much of it still applies. If some of the details have fadded away, and if livejournals, forums, thousands of web pages and so on have come to dominance we still use it as a method of sharing our work and communicating with each other. And we still go to conventions. As such, this book can still be read as a largely accurate account of fandom even today.
There are some areas I disagree with, mostly on the slash chapter. Speaking as a fan who loves slash as much as het, I don't pair together two male characters simply so it looks hot or for power play. I do so because the characters seem to fit best, have the best chemistry on screen. And the same is true for many other fans that I know of. It doesn't negate this chapter in Textual Poachers, simply renders it incomplete.
In summery, this is fantastic book that still pulls much weight whilst being almost two decades old. It's not just made waves in the academic world, but an impression in the fan world too. Informative, and a good book to enjoy it's something I can recommend to scholars and fans alike, not just as a university student, but as my former seventeen year old self.

Henry Jenkins is Assistant Professor of Literature at Massachusetts Institute of Technology. 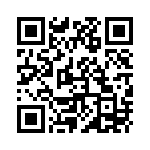