THANK YOU FOR SMOKING

A breezy satire of political correctness, Buckley's third novel (after Wet Work, 1991) displays an undiminished appetite for current affairs and a talent for converting some of America's thornier ... Read full review

Thank you for smoking

Since the titles of so many books are mysterious or ironic, it is pleasant to come upon one that says exactly what it means. Nick Naylor is chief spokesperson for the Academy of Tobacco Studies and as ... Read full review

Christopher Buckley is a novelist, essayist, humorist, critic, magazine editor, and memoirist. His books have been translated into sixteen foreign languages. He worked as a merchant seaman and White House speechwriter. He has written for many newspapers and magazines and has lectured in more than seventy cities around the world. He was awarded the Thurber Prize for American Humor and the Washington Irving Medal for Literary Excellence. 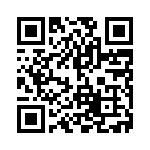