Author and teacher Sue Katz has published journalism and political commentary for many years and is the creator of the popular Sue Katz: Consenting Adult blog. Her passport shows more wear than Palin's--she has lived and worked on three continents, teaching martial arts in her institutes in Israel, promoting global volunteerism while living in Europe, and writing, editing and teaching (from salsa to senior fitness) in the United States. A rebel with a newfound interest in electoral politics, Sue continues her lifelong commitment to social justice activism from her home outside Boston. She attended Boston University as an undergraduate and earned her master's degree from Tel Aviv University. Her second book, an edgy and unabashed look at the private behavior of boomers, is due in 2009. 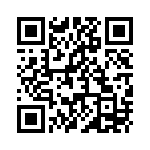