A posthumous collection of essays that, as in Dear Departed (1991), again reveal the late French Academy member's exceptionally wide range of interests: forceful opinions on everything from the books ... Read full review

Yourcenar's contributions to the world of letters--as poet, playwright, essayist, translator, novelist, and writer of short stories--have won her France's most prestigious recognition of a writer ... Read full review

A French novelist, playwright, and essayist born in Belgium, Marguerite Yourcenar was a resident of the United States for many years, living in isolation on a small island off the coast of Maine. Educated at home by wealthy and cultured parents, she had a strong humanistic background, translating the ancient Greek poet Pindar and the poems of the modern Greek Constantine Cavafy. She has translated American Negro spirituals and works of Virginia Woolf (see Vol. 1) and Henry James (see Vol. 1). Her novels include Alexis (1929) and Coup de Grace (1939). A collection of poems, Fires, was published in 1936. Yourcenar is particularly known for Hadrian's Memoirs (1951), a philosophical meditation in the form of a fictional autobiography of the second-century Roman emperor. In Germaine Bree's judgment, "With great erudition and great psychological insight, Marguerite Yourcenar constructed a body of work that is a meditation on the destiny of mankind." In 1981, she became the first woman ever elected to the French Academy. 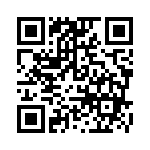