Mr. Rahaman Ali, the younger brother, and only brother of Muhammad Ali, is making his debut as the author of this book. He currently resides in his hometown of Louisville, Kentucky and enjoys a peaceful life with his wife Caroline Ali. Mr. Rahaman Ali poured his heart into conveying, from memory, an accounting of his life story. He wrote the manuscript, in a diary form, on blue-line paper, in cursive, and he personally selected H. Ron Brashear to help him tell his story to the world.

Co-author H. Ron Brashear is die-hard boxing fan that has covered the sport of boxing as a writer/columnist for over a decade and has been around the sport of boxing over twenty years. Ron is also a fellow Kentuckian, originally from Elizabethtown, Kentucky. It was there where hometown hero, Muhammad Ali, from Louisville, was Ron's idol and role model. Ron possesses a BA Degree from National Louis University, majoring in Applied Behavioral Science, while holding down a Professional career in IT Project Management, and he possesses a true love for writing. 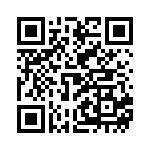