Murray Forman is Assistant Professor of Communication Studies at Northeastern University. He is author of The 'Hood Comes First: Race, Space, and Place in Hip-Hop.

Mark Anthony Neal is Associate Professor of Black Popular Culture in the Program in African and African-American Studies at Duke University. Neal is the author of What the Music Said, Soul Babies, and Songs in the Key of Black Life, all published by Routledge. 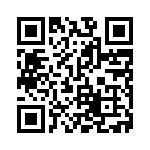