Margaret Thatcher's political career was one of the most remarkable of modern times. Born in Grantham in 1925, she rose to become the first woman to lead a major Western democracy. She won three successive general elections and served as prime minister for more than eleven years, from 1979 to 1990, a record unmatched in the twentieth century. She died in 2013. 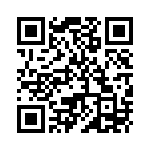