Well written with some nice twists & humour,I wouldn't copy any of the behaviour that they have towards the cat like feeding it dumplings which can contain onions which wil kill the cat & cats despise the stress of frequent moving,but other than that a great book.
I wish they didn't use wird names like Alistair Oh,makes it kind of confusing at the beginning of the series.

Peter Lerangis was born in Brooklyn, New York, in 1955. He graduated from Harvard University with a degree in biochemistry. He moved to New York and began working as an actor in musical theater and a freelance copy editor, before becoming a full-time author. He wrote the award-winning six-book sci-fi/mystery series Watchers, and the two-book survival epic, Antarctica. His recent works include the novels WTF and Somebody, Please Tell Me Who I Am, which won the ALA 2012 Scheinder award, as well as the series, The 39 Clues and Seven Wonders. His title Lost in Babylon made The New York Times Best Seller List for 2013 and Tomb of Shadows made the list in 2014. 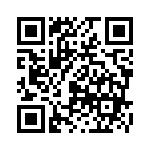