The $800 million pill: the truth behind the cost of new drugs

American expenditures on prescription drugs doubled between 1990 and 2000 and currently account for close to ten percent of total healthcare costs. Concerns about availability to seniors and the poor ... Read full review 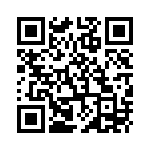