its a excellent book to learn techniques of microconrollers

Janice Gillispie Mazidi has a Master of Science degree in Computer Science from the University of North Texas. She has several years of experience as a software engineer in Dallas. She has been chief technical writer and production manager, and was responsible for software development and testing of a widely used textbook, The 80x86 IBM PC and Compatible Computers, also available from Prentice Hall.

Rolin McKinlay has a BSEET from DeVry University. He is currently working on his Master's degree and PE license in the state of Texas. He is currently self-employed as a programmer and circuit board designer, and is a partner in MicroDigitalEd.com. 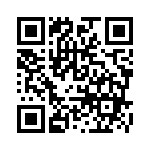