Lieutenant Commander Christopher Ford and Captain David Rosenberg are part of a team of U.S. Naval Reserve intelligence officers that has compiled OPINTEL lessons-learned since 1994. In their civilian careers, Ford is Principal Deputy Assistant Secretary of State for Verification and Compliance, and Rosenberg is a Senior Professor at the Naval War College who led Task Force History for the Vice CNO in Operation Iraqi Freedom. 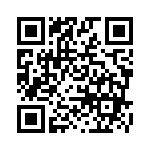