This is an incredible history of the development of New Mexico and wonderful genealogical research on two families linked many times through history. I am a Lucero related to the author. We share the same great-grand parents. Genealogy is my passion. Donald L. Lucero has opened up family as well as history and will be cherished for generations to come. Virginia Lucero Nordberg Avila Dunk

Excellent for genealogy researches with hispanic roots in New Mexico. Great reading too!

Lucero is a former resident of Las Vegas, New Mexico, where he was born in his father's home, formerly the home of his paternal grandfather. He was educated in the Las Vegas schools through college, where in 1958 he received his B. A. in history from New Mexico Highlands University. After service with the U. S. Army, he served a two-year commitment with the U. S. Peace Corps in Colombia, South America. He then returned to New Mexico on a Peace Corps Preferential Fellowship to pursue graduate work in Counseling at the University of New Mexico. He received his M.A. in Counseling from this institution in 1965 and returned to complete his doctorate in Counseling Psychology in 1970. Since completion of a post-doctoral fellowship in Community Psychiatry and a second master's degree in Mental Health Administration at the University of North Carolina Medical School and School of Public Health, he has held several clinical and administrative positions in mental health. Dr. Lucero, a licensed psychologist, conducts a private practice in psychology in Raynham, Massachusetts. He is also the author of A Nation of Shepherds, The Rosas Affair, and In the Dust of Time, all from Sunstone Press. 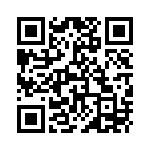