Horrible prose. Long digressions and vignettes where the author tries to get some point about algorithms or meta-algorithmic thinking across through truly unfortunate unrequited-love stories. Yes, as ... Read full review

Berlinksi's premise with this book seems to be to explain the idea of what an algorithm is and the history of the discovery and application of algorithms. At least I think it is. The author's prose ... Read full review

David Berlinski is the author of three novels and four works of nonfiction, including the bestselling A Tour of the Calculus . Berlinski received his Ph.D. from Princeton University and is a regular contributor to Commentary and Forbes ASAP . He lives in Paris. 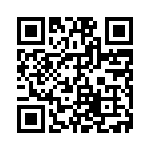