Kiara McClendon worked to bring her vision of a fun and educational way to empower young people on financial freedom to life with the Adventures of Money MavensTM series. Born and raised in New Jersey, Kiara grew up the oldest child in a blended family. An independent young woman who had (and still has) dreams of changing the world, she set out to make a difference, celebrate diversity, and empower others to believe in themselves and the value of knowledge. She credits much of her passion for academic excellence to her fifth grade math and history teacher, Mr. Elder. It was in his class that she learned the basics of money management and was taught to never put limits on her capabilities, only on her credit cards. Her grandparents modeled great financial discipline and always taught her to save a little change for a rainy day, a simple habit that she realized many people have never developed. She went on to graduate with her bachelors and two Master's degrees in Communications and Sport Leadership before her 24th birthday. While in college, she explored her passion for the music & entertainment business and the world of sport, and realized a common theme: she wanted to use her platform to empower and uplift others. A firm believer that YOU are your only limit, she works closely with student-athletes to support their success in the classroom, in their sports, and in life. Kiara hopes this book series will be inspirational to other young dreamers, and compel them to use their platforms for good, to empower others & encourage others to believe in themselves, to never give up on their dreams regardless of the critics, and to realize that true wealth begins in your mind. She is the founder and CEO of AForE ort, LLC.

Troy, the Artist known as John Koldstitch, was raised in Columbus, OH surrounded by the rich African American heritage of the Mount Vernon Plaza community. He and his older sister Sharmaine were raised in a single parent household led by their mother, Neeka. His love for Art began at the age of 8 when he saw his sister doodling fashion ideas on paper and coloring in a very unique style in her coloring book. His older sister was his role model and he wanted to be creative just like her. He began coloring in the same style and drawing the exact fashion figures she drew, and his sister hated that he copied everything she did. Working to find his own style, he began drawing action figures in the same style as she drew her fashion figures. His desire to color and draw intensified and grew into one of his favorite hobbies. One day while in his 4th grade Art class, he was sitting at a table with four classmates drawing and coloring any landscape of our choice. He was finishing his picture and only needed to color the sky but all the blue crayons were being used. Unwilling to sit and wait, he randomly grabbed a fuschia (hot pink) crayon and began coloring the sky pink. His classmates laughed, picked fun, and critiqued him, stating The sky is not pink, It's blue. He felt humiliated and immediately stopped coloring. The teacher approached the table, placed her hands on my shoulder, silenced the entire class and began instructing that art has no rules and is whatever you make it. There are no limitations to your artwork, and you can express how you view your world with ANY colors you choose to represent it... As she looked down at him with her hands still resting on my shoulders, she made her final statement. So TROY, you can color your sky pink or any other color you want to, and never let anyone tell you what colors you can or cannot use in YOUR artwork. Do whatever you want. It was at this moment that Art became his voice, his passion, his Love, and thus evolved into a Lifestyle. Art is not what Troy does, Art is what Troy is 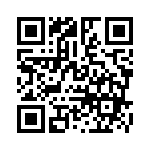