entered academe in 1981 after a 25-year career in advertising with J. Walter Thompson in Europe, is a tenured Professor in the Newhouse School at Syracuse University, and was Chairman of the Advertising Department for seven years. He has published ten books on advertising and numerous journal articles, and his work has been translated into German, Spanish, Japanese, Korean, Chinese, Portuguese, Turkish and Arabic. In 1991, John Philip Jones was named by the American Advertising Federation as the Distinguished Advertising Educator of the Year. In the same year he became a member of the Council of Judges of the Advertising Hall of Fame. In 1994, he was elected a member of the National Advertising Review Board. In 1996, he received a major award from Cowles Business Media and the American Association of Advertising Agencies for leadership in the media field. There were two prize winners, the other being NBC Sports. He received the Telmar Award in 1997, for extending the concept of Short-Term Advertising Strength (STAS) from television to print media. In 2001, he received the Syracuse University Chancellor’s Citation for Exceptional Academic Achievement. 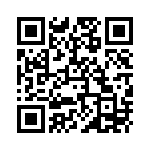