.....The book is a excellent read, it goes through all the lies Europeans have concocted throughout the world and thoroughly proves them wrong.. Although I am not black, people have to remember that mankind not only started in Africa, but it existed there for a very long time before humans first left for other unpopulated parts of the world. Every person of color knows the most ancient were not white, and that the ancient egyptians were also black Africans; like their own writings suggest by saying that they came from deeper in Africa.

Google shows excerpts in other books, mainly white authors, but none in this one. Very strange.

Cheikh Anta Diop was born in 1923 in Diourbel, Senegal. After earning a Litt.D. degree in France, Diop worked as a historian in addition to heading the carbon-14 dating laboratory for the Institut Fondamentale d'Afrique Noire in Senegal. He founded two political parties in the 1960s, the Bloc des Masses Senegalaises and the Front Nationale Senegalaise, but he is best remembered for his historical works about Africa. Diop's works includes Civilization or Barbarism: An Authentic Anthropology, 1991 and Alerte sous les tropiques: Articles 1946-1960: Culture et developpement en Afrique noire, Presence Africaine, 1990. Through his books, Diop attempts to prove that blacks had a larger role in the beginnings of civilization than is generally acknowledged. He was honored by the World Festival of Negro Arts in 1966 as the black intellectual who had exercised the most fruitful influence in the 20th century. Diop died February 7, 1986, in Dakar, Senegal. 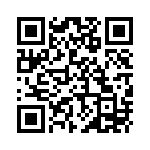