The Age of Living Machines: How Biology Will Build the Next Technology Revolution

Hockfield, president emerita at MIT, is unreservedly optimistic about the future in this data-rich yet accessibly written exploration of potential technological advances stemming from the merging of ... Read full review

Susan Hockfield, Ph.D., president emerita and professor of neuroscience at the Massachusetts Institute of Technology, was the first woman and first life scientist to lead MIT. She is a member of MIT’s Koch Institute for Integrative Cancer Research, and lives in Cambridge, Massachusetts. 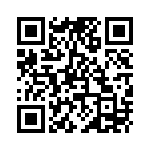