Robert Fisk is the Middle East Bureau Chief for the Independent (UK) and has reported from Belfast, Lebanon, Iran, and Iraq. He is the world's most-decorated foreign correspondent, having won the British Press Awards' International Journalist of the Year award seven times. The author of two previous books, Pity the Nation and The Great War for Civilisation, Fisk lives in Beirut and Ireland. 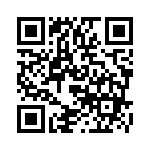