Bill Jaker is senior producer for WSKG Public Broadcasting in Binghamton, New York. The late Frank Sulek was a radio producer for the Catholic Archdiocese of Newark. Peter Kanze co-produced the BBC/Billboard series Twenty-five Years of Rock, managed WARY-FM at Westchester Community College and is retired as a studio engineer for the ABC Radio Network. 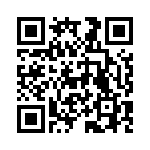