Frank J. Merli (1929-2000) was Professor of History at Queens College in the City University of New York. At the time of his death he was writing what amounted to a multi-volume sequel to Great Britain and the Confederate Navy, 1861-1865, portions of which are published under the title The Alabama, British Neutrality, and the American Civil War (Indiana University Press 2004).

David M. Fahey is Professor of History at Miami University of Ohio and author of Temperance and Racism: John Bull, Johnny Reb, and the Good Templars and co-editor of Alcohol and Temperance in Modern History: An International Encyclopedia. He lives in Oxford, Ohio. 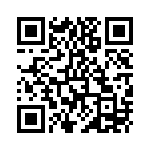