Marian Klamer (1965) is Professor of Austronesian and Papuan Linguistics at Leiden University. Over the last two decades she has lead research projects describing and documenting Austronesian and Papuan minority languages in Eastern Indonesia; comparing their typological characteristics; and reconstructing their history. Her publications include grammars on Kambera (1998), Teiwa (2010), and Alorese (2011), as well as several edited volumes, and over fifty articles on a wide range of topics. Klamer is currently leading the NWO-VICI project "Reconstructing the past through languages of the present: the Lesser Sunda Islands" (2014-2019). 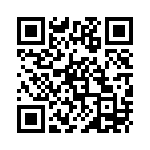