An excellent source for individuals and families dealing with a frightening diagnosis. Easy to understand and very informative. My goto book in understanding my mothers condition. Baca ulasan lengkap

P. MURALI DORAISWAMY, M.D., a renowned expert on brain health, is head of Duke University's Biological Psychiatry division and a Senior Fellow at Duke's Center for the Study of Aging. As Director of Psychiatry Clinical Trials at Duke for nearly ten years, he received numerous awards for his work as an investigator on landmark studies. The author of more than two hundred scientific articles, Dr. Doraiswamy has served as an adviser to the Food and Drug Administration, the American Federation for Aging Research, the National Institutes of Aging, and the World Health Organization, as well as leading Alzheimer's medical journals and advocacy groups. His research has been featured in The Wall Street Journal, USA Today, and The New York Times, and on CBS News, The Today Show, NPR, and the BBC.

LISA P. GWYTHER, M.S.W., Associate Professor in the Duke University Medical Center Department of Psychiatry and Behavioral Sciences, is a social worker with thirty-eight years' experience in aging and Alzheimer's services. She is the education director of the Bryan Alzheimer's Disease Research Center at Duke and the current president of the Gerontological Society of America. The author of 130 scientific and lay publications, she was honored in 1998 as one of the founders of the national Alzheimer's Association, and has won national and state awards for documentaries on Alzheimer's disease and creativity in Alzheimer's programming. The mother of two and grandmother of four, she resides in Chapel Hill, North Carolina, with her husband of forty years.

TINA ADLER, a freelance writer and editor specializing in health and science, lives in Cabin John, Maryland. She cared for two family members who had Alzheimer's disease. 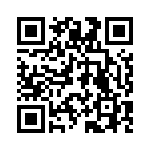