A lot of people criticize this book for its views on women, particularly in the "Education of Daughters" section, but what most fail to realize is that Mrs. Child is remarkably liberal for her time period. We forget that these were the days when women were considered pretty toys by men, not able to vote or own property. She encourages them to be productive, instead of pretty beauties without a thought in their head. It offers fantastic insight as to what life was like, and the recipes are pretty good, too (I love the pancakes). It's a valuable look through time, and the language really isn't all that difficult. I love it.

"The true economy of housekeeping is simply the art
of gathering up all the fragments, so that nothing be
lost. I mean fragments of time as well as materials.
Nothing should be thrown away so long as it is possible
to make any use of it. However trifling that use may be;
and whatever be the size of a family every member
should be employed either in earning or saving money."
.
This is for the most part, the only proper "Introduction" that the reader encounters when starting "The American Frugal Housewife, for Ms. Lydia Maria Francis Child plunges right in and begins dishing out advice left and right, providing a veritable flood of information. She advises, for example, that children not be allowed to frolic about until 13 or 14 years of age.
.
"This is not well. It is not well for the purses and patience
of parents; and it has a still worse effect on the morals
and habits of the children. Begin early is the great maxim
for everything in education. A child of six years old can be
made useful and should be taught to consider every day
lost in which some little thing has not been done to assist
others."
.
Other advice consists of how economize and how keep what you have in good repair. Everything from stockings to hearths, from apples to sausages. In addition, there is medical advice, and instructions on how to cook a variety of foods. Everything from porridges to cows brains, herbed wines to pies.
.
STEWED PRUNES.
.
Stew them very gently in a small quantity of water
till stones slip out. Physicians consider them safe
nourishment in fevers.
.
BEANS AND PEAS.
.
Baked beans are a very simple dish, yet few cook
them well. They should be put in cold water, and
hung over the fire, the night before they are baked.
In the morning, they should be put in a colander,
and rinsed two or three times; then again placed in
a kettle, with the pork you intend to bake, covered
with water, and kept scalding hot, in hour or more.
A pound of pork is quite enough for a quart of beans,
and that is a large dinner for a common family. The
rind of the pork should be slashed. Pieces of pork alter-
nately fat and lean, are the most suitable ; the cheeks
are the best. A little pepper sprinkled among the
beans, when they are placed in the bean-pot, will
render them less unhealthy. They should be just
covered with water, when put into the oven ; and
the pork should be sunk a little below the surface
of the beans. Bake three or four hours.
.
THE SKINNY:::
To be perfectly honest, there is some sound advice here. Some of it inspired by Ben Franklin, and some of it coming from friends and articles read by the author.
.
I found this an absolutely fascinating book that gives some wonderful insight into the daily life of early American families. We get to see what the concerns of housewives were, and how life was lived amongst a class of people -- the less well-off -- that is frequently overlooked by historical studies.
.
Ms. Child was born in 1802. She was raised by a strict Calvinist father and later she married a lawyer who proved to be an improvident dreamer who at times was imprisoned for his debts. As a consequence she knows frugality quite well.
.
"The American Frugal Housewife" is extremely well written, and was extremely well received at the time it was first put up for sale. In fact, it was republished 27 times between 1835 and 1841.
.
I HIGHLY recommend this work to students of history and those who are interested in early American life.
.
Pam T~
pageinhistory 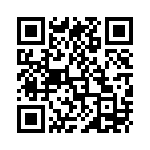