Dirk van Leenen was born in 1940, just as the Second World War began for the Netherlands. For many years, he shared stories about his childhood during the war years in Holland. Dirk's mother was Jewish, and his parents were active in the Dutch Resistance. They risked their lives to hide many Jewish familes from the Nazis and then shepherd them away to safety. It is out of their stories and anecdotes, and Dirk's own memories, that these stories are brought to life again. Dirk's children and grandchildren listened to his stories with rapt attention, and constantly urged him to write a book about those difficult times. This is the second book in Dirk's Resistance trilogy. Dirk has also spoken with many Holocaust survivors, gathering their stories which have never been told.Dirk studied English at the University of Leiden, and he worked for years in Holland as an English teacher. He also has several degrees in horticulture and floral design, and has spent much of his life working with flowers. Dirk is happily married to Cynthia June van Leenen, with whom he has seven children and seventeen grandchildren. They live quietly now in Arizona, where they enjoy time with their grandchildren, and Dirk continues to gather and write these stories. 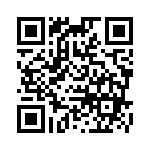