Rebecca Bedell is Assistant Professor in the Art Department at Wellesley College. 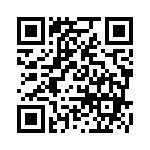