Maury Thompson has been researching, writing and lecturing about Charles Evans Hughes for a decade. He was co-curator of Charles Evans Hughes, a Native Son, an exhibit at the Folklife Center Gallery at Crandall Public Library in Glens Falls, N.Y. in 2016. Thompson and his wife, Debbie, live in Glens Falls, the birth city of Charles Evans Hughes. Thompson was a reporter for The Post-Star, a daily newspaper in Glens Falls, for 21 years, covering local government, politics and business. He retired from The Post-Star in September 2017 to begin an żencore careerż as a freelance historian of politics, labor organizing and media in New Yorkżs North Country.The Animated Feather Duster is Thompsonżs second book. He wrote The Biggest Kid at the Balloon Festival: The Walter Grishkot Story, published in 2011. Thompson wrote several chapters for the book Christ Church Then and Now: A Pictorial History of the United Methodist Church in Glens Falls, New York, published in 2005. 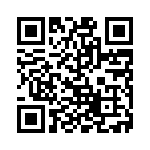