JAMES M. VOLO is a teacher, historian, and living history enthusiast. He has been an active historic reenactor for more than two decades, participating in a wide range of living history events, including television and screen performance.

DOROTHY DENNEEN VOLO is a teacher and historian. She has been an active living history reenactor for 20 years and has been involved in numerous community historical education projects. 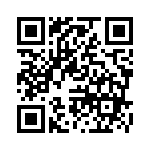