Dr. Leonard A. Cole is an adjunct professor of political science at Rutgers University, Newark, New Jersey, where he teaches science and public policy. He is an expert on bioterrorism. Trained in the health sciences and public policy, he holds a Ph.D. in political science from Columbia University. Cole has written for professional journals as well as general publications including The New York Times, The Washington Post, Los Angeles Times, Scientific American, and The Sciences. He has testified before congressional committees and made invited presentations to several government agencies including the U.S. Department of Energy, the Centers for Disease Control and Prevention, and the Office of Technology Assessment. He has appeared frequently on network and public television and has been a regular on MSNBC. He is the author of six books including The Eleventh Plague: The Politics of Biological and Chemical Warfare. He lives in Ridgewood, NJ. 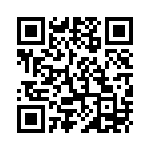