A consultant to the United Nations International Drug Control Programme provides penetrating analysis of Italy's century-old struggle against the Mafia, a struggle that reached new heights in 1992 ... Read full review

The Mafia has long been a negative subcultural phenomenon in Sicily and throughout Italy. Partially responsible for keeping the peasants poor and oppressed, it has used countless acts of violence and ... Read full review

ALISON JAMIESON is a freelance author and consultant who has written extensively in English and Italian on issues of political violence, organized crime and drugs. She was born and educated in Scotland but began her career in London, where she worked as a security consultant. She moved to Italy in 1984. Her books include The Heart Attacked: Terrorism and Conflict in the Italian State, and Terrorism and Drug Trafficking in the 1990s. She has published widely in UK and US journals. From 1992 to 1997 she was a regular guest lecturer at the NATO Defence College in Rome. 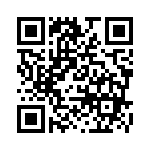