This was a great guide to writing with many lessons that I think would appeal to younger, and even more advanced, writers of all kinds. There is much to learn and Gardner manages to convey what he ... Read full review

Duties, responsibilities and the author's obligation to tell the truth The Art of Fiction - Notes on Craft for Young Writers By John Gardner One of the most interesting things about this book is how ... Read full review

John Gardner was accorded wide praise for his works of imagination, of criticism, and of scholarship.  He was born in 1933 in Batavia, New York.  Among the universities at which he taught are Oberlin, San Francisco State, Northwestern, Southern Illinois, Bennington and SUNY-Binghamton. The Art of Fiction was completed before his death in 1982. 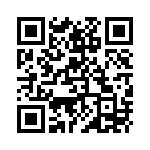