This was the best book ever. I now will invade Canada with the knowledge his book gave me. Thank you Sun Tzu

Good book, would love to hear for the author 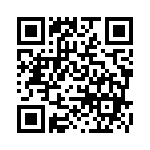