VOL. 3, JAN. TO JUNE, 1817
Review of Ward's 1815 bookLETTER FROM CARNATICUS, 4-5
ON DEFINING RANK AMONG ENGLISH IN INDIA, LETTER ABOUT WOMEN'S INTEREST IN THIS MATTER.
SARDONIC? "Length of service in the country and military rank, heretofore the only claims to distinction, have long been found insufficient for the preservation of the due order and decor of the refined society in British India, a society which in point of the purity of its morals and true civilization stand confessedly the first of any European colony." "I would not for a moment entertain the idea that our fair country women would push their feeling so far that they would rather "Reign in Hell than serve in Heaven," but . . ." REMINDS WOMEN THAT WHATEVER RANK GIVEN IN INDIA DISAPPEARS IN ENGLAND.
107 OPIUM
"In 1810 the imports at Pontiana on English ships amount to 230,000 dollars of which there were 95 chest of opium, which averaged 1000 dollars per chest."\\
231
"At Tringano they perches annually two hundred chests of opium . . . "
296, UNDER EXPORTS, BENARES OPIUM, 2100 A CHEST; PATNA OPIUM, 2200 PER DO., PATCHACK, PER MAUND, 8
509, UNDER "ASIATIC INTELLIGENCE," SINKING OF THE SHIP CAROLINE DURING DARK NIGHT ON A SHOAL," "About eighty chests of opium saved from the wreck, were sold on the spot, and it is stated, that on opening the chests, some of them were found to contain sawdus and cowdung mixed with the opium. This fraud, will of course, be traced to the perpetrators." CAROLINE BOUND FOR CHINA
========

Page 316 - ... asked him why he did not worship the God of heaven? The old man told him that he worshipped the fire only, and acknowledged no other God ; at which answer Abraham grew so zealously angry, that he thrust the old man out of his tent, and exposed him to all the evils of the night and an unguarded condition. "When the old man was gone, God called to him, and asked him where the stranger was ; he replied, ' I thrust him away because he did not worship thee...
Appears in 134 books from 1803-2007
Page 434 - STUDIES serve for delight, for ornament, and for ability. Their chief use for delight is in privateness and retiring ; for ornament, is in discourse ; and for ability, is in the judgment and disposition of business.
Appears in 597 books from 1785-2008
More
Page 406 - England has erected no churches, no hospitals, no palaces, no schools ; England has built no bridges, made no high roads, cut no navigations, dug out no reservoirs. Every other conqueror of every other description has left some monument, either of state or beneficence, behind him. Were we to be driven out of India this day, nothing would remain to tell that it had been possessed, during the inglorious period of our dominion, by any thing better than the ourang-outang or the tiger.
Appears in 209 books from 1784-2008
Page 550 - In law, what plea so tainted and corrupt, But, being season'd with a gracious voice, Obscures the show of evil? In religion, What damned error, but some sober brow Will bless it, and approve it with a text, Hiding the grossness with fair ornament?
Appears in 793 books from 1785-2008
Page 235 - ... what that was: he accordingly pronounced aloud the name of the king, upon which Finow snatched the paper from his hand, and, with astonishment, looked at it, turned it round, and examined it in all directions: at length he exclaimed, "This is neither like myself nor any body else! where are my legs? how do you know it to be I?
Appears in 42 books from 1816-2008
Page 281 - I am to acquaint you, that his royal highness the prince regent has been pleased, in the name and on the behalf of his majesty, to approve and confirm the finding -and sentence of the court.
Appears in 195 books from 1758-2007
Page 279 - Gentlemen of the House of Commons, I have directed the estimates of the current year to be laid before you. They have been formed upon a full consideration of all the present...
Appears in 93 books from 1758-1997
Page 316 - God answered him, I have suffered him these hundred years, although he dishonoured me; and couldst not thou endure him one night, when he gave thee no trouble ? Upon this, saith the story, Abraham fetched him back again, and gave him hospitable entertainment and wise instruction." Go thou, and do likewise, and thy charity will be rewarded by the God of Abraham.
Appears in 143 books from 1767-2007
Page 234 - ... universal trembling, the perspiration breaks out on his forehead, and his lips turning black are convulsed; at length tears start in floods from his eyes, his breast heaves with great emotion, and his utterance is choked. These symptoms gradually subside. Before this paroxysm comes on, and after it is over, he often eats as much as four hungry men under other circumstances could devour.
Appears in 32 books from 1817-2008
Page 275 - A View of the Agricultural, Commercial, and Financial Interests of Ceylon. With an Appendix ; containing some of the principal Laws and Usages of the Candians ; Port and Custom-house Regulations ; Tables of Exports and Imports, Public Revenue and Expenditure, &c.
Appears in 61 books from 1812-1996
Less 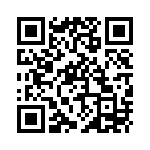