Samuel Butler, scholar, painter, pioneer photographer and novelist (including 'Erewhon' and 'The Way of All Flesh'), was one of the less orthodox of Victorian intellectual provocateurs, who confronted powerful orthodoxies such as the Church, the academic establishment, and scientific Darwinism. Tim
Whitmarsh (like Butler himself, a former Fellow of St John's College, Cambridge) is Reader in Greek Literature at the University of Exeter. He is author of 'Greek Literature and the Roman Empire' (Oxford University Press, 2001), 'A Cultural History of Greek Literature' (Polity Press, 2004) and
'Reading the Self in the Ancient Greek Novel' (Cambridge University Press, forthcoming). 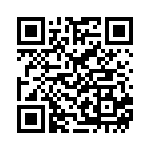