Fujiko Hara is a professional interpreter and the granddaughter of Ozaki Yukio. She translated this work with the assistance of Martin Blakeway. Marius B. Jansen, Emeritus Professor of Japanese History at Princeton University, is the author of Sakainoto Ryoma and the Meiji Restoration, Japan and Its World: Two Centuries of Change (Princeton), and The Making of Modern Japan. 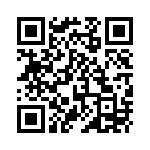