Patrik Schumacher is partner at Zaha Hadid Architects. He joined Zaha Hadid in 1988. In 1996 he founded the ‘Design Research Laboratory’ with Brett Steele at the Architectural Association School of Architecture in London, and continues to serve as its co-director. He studied philosophy and architecture in Bonn, Stuttgart and London. In 1999 he completed his PHD at the Institute for Cultural Science, Klagenfurt University. His contribution to the discourse of contemporary architecture is also evident in his prior writings (Digital Hadid, London 2004) as well as in his work as a curator (Latent Utopias, Graz 2002). Currently he is working on an exhibition showcasing Parametricism. 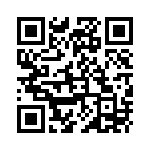