This book is a collection of articles by Leon Trotsky when he worked as a war correspondent covering the Balkan Wars (1912-13). His articles include a wide range of topics, including a Marxist ... Прочитајте целу рецензију

Leon Trotsky was born Lev Davidovich Bronshteyn on November 7, 1879 in Yanovka, Ukraine. As a teenager, he became involved in underground activities and was soon arrested, jailed and exiled to Siberia where he joined the Social Democratic Party. He escaped from exile in Siberia by using the name of a jailer called Trotsky on a false passport. During World War I, he lived in Switzerland, France, England, and New York City, where he edited the newspaper Novy Mir (New World). In 1917, after the overthrow of Tsar Nicholas II, he went back to Russia and joined Vladimir Lenin in the first, abortive, July Revolution of the Bolsheviks. A key organizer of the successful October Revolution, he was People's Commissar for Foreign Affairs in the Lenin regime. He was then made war commissar and in this capacity, built up the Red Army which prevailed against the White Russian forces in the civil war. Antagonism developed between him and Joseph Stalin during the Civil War of 1918-1920. When Lenin fell ill and died, Stalin became the new leader and Trotsky was thrown out of the party in 1927. Trotsky fled across Siberia to Norway, France, and finally settled in Mexico in 1936. He began working on the biography of Stalin. He was able to complete 7 of the 12 chapters before an assassin, acting on Stalin's orders, stabbed Trotsky with an ice pick. He died on August 21, 1940. The construction of the remaining five chapters was accomplished by the translator Charles Malamuth, from notes, worksheets, and fragments. 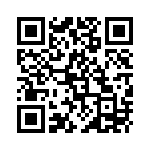