What an informative book! Do you enjoy the stories behind well-known historical moments? If so this book is a perfect book for you. We have all heard about the tragedy of the Titanic. I would also say ... Read full review

Steve Turner began his journalistic career as Features Editor of the British rock monthly Beat Instrumental. He has written many music biographies, including Conversations with Eric Clapton, Rattle and Hum (U2), and A Hard Day's Write (the Beatles). 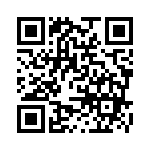