The intersection of sports and words is a dangerous place: Ask Michael Jordan about his pull-up jump shot or Larry Bird about his passing, and you are likely to get an unsatisfactory answer. It's hard ... Read full review

Rose's passion and intelligence for the game are well documented throughout his 45-year career. As a college head coach, Rose finished with a .705 winning percentage (388-162), including a 72-18 (.800) record in three seasons at UNC Charlotte. He was named the Sporting News National Coach of the Year in 1977 after leading UNC Charlotte to the NIT Finals in 1976 and the NCAA Final Four in 1977. Rose went on to lead Purdue to the NIT Finals in 1979 and the Final Four a year later. Rose has been named Coach of the Year in every conference he has coached in: Kentucky Intercollegiate Athletic Conference (KIAC), Sun Belt, and Big Ten. He was inducted into the Kentucky Athletic Hall of Fame in 2001.

As an NBA consultant for National Basketball Developmental League coaches, Rose continues to benefit the sport with his superior teaching and talent-assessment skills. Lee and his wife, Eleanor, live in Charlotte, North Carolina. 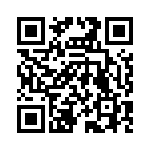