Lenore E. A. Walker, EdD, is a professor at Nova Southeastern University (NSU) College of Psychology, where she is also a coordinator of the clinical forensic psychology doctoral concentration and director of the master's in forensic psychology program. She is also in the independent practice of forensic psychology, where she specializes in work with victims of interpersonal gender violence, particularly battered women and abused children. Dr. Walker earned her undergraduate degree in 1962 from City University of New York (CUNY) Hunter College, her master of science in 1967 from CUNY City College, and her EdD in psychology in 1972 from Rutgers, the State University of New Jersey. In 2004, she received a postdoctoral master’s degree in clinical psychopharmacology at NSU. She has been elected as a member of American Psychological Association (APA) governance since the mid-1980s, having served several terms on the APA Council of Representatives; on the board of directors; as the president of several divisions, including Division 35, the Society for the Psychology of Women, Division 42, Independent Practice, and Division 46, Media Psychology; and on boards and committees such as the Committee on Legal Issues (COLI) and the Committee on International Relations in Psychology (CIRP).

She has worked on high-publicity (and thus high-risk) cases such as battered women who kill their abusive partners in self-defense, and has testified on behalf of protective mothers who are being challenged for custody by abusive fathers. She lectures and does training workshops all over the world about prevention, psychotherapy, legal cases, and public policy initiatives for abused women and children. Dr. Walker has authored numerous professional articles and 15 books, including The Battered Woman (1979), The Battered Woman Syndrome (1984/2000), Terrifying Love: Why Battered Women Kill and How Society Responds (1989), Abused Women and Survivor Therapy (1994), Introduction to Forensic Psychology (2004, coauthored with David Shapiro), Abortion Counseling: A Clinician's Guide to Psychology, Legislation, Politics, and Competency (2007, coauthored with Rachel Needle), First Responder's Guide to Abnormal Psychology (2007, coauthored with William Dorfman), and A Clinician's Guide to Forensic Psychology (2016, coauthored with David Shapiro). 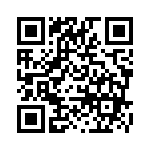