The Beautiful Ones by Prince, Dan Piepenbring 2019 Spiegel & Grau 4.0 / 5.0 This is the memoir Prince was working on, at the time of his death. Never before seen photos, pages from Prince's personal ... Read full review

The Beautiful Ones is an essential deep read for Prince fans (for the disinterested, a quick look at the pictures will do), a monologue from a unique artist who was always determined to shock and ... Read full review

Prince Rogers Nelson remains one of the most popular and influential musical acts of all time. Known for his style and range, Prince’s prolific music career included an ever-evolving sound that blended pop, R&B, hip-hop, jazz, and soul. Prince sold more than 100 million albums worldwide, making him one of the bestselling artists of all time. He won seven GRAMMY® Awards, a Golden Globe Award, and an Academy Award® for the film Purple Rain. He was inducted into the Rock and Roll Hall of Fame in 2004, the first year of his eligibility. Prince tragically passed away at his Paisley Park home on April 21, 2016. His legacy lives on through the timeless messages of love in his music and the countless ways his work has touched lives.

Dan Piepenbring is an advisory editor at The Paris Review and the coauthor, with Tom O’Neill, of Chaos: Charles Manson, the CIA, and the Secret History of the Sixties. 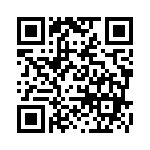