Great book for identifying and helping with collections! I love the beetle section! :)

Roger Tory Peterson, one of the world's greatest naturalists, received every major award for ornithology, natural science, and conservation as well as numerous honorary degrees, medals, and citations, including the Presidential Medal of Freedom. The Peterson Identification System has been called the greatest invention since binoculars. These editions include updated material by Michael O'Brien, Paul Lehman, Bill Thompson III, Michael DiGiorgio, Larry Rosche, and Jeffrey A. Gordon. 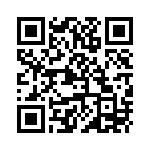