THE BEGINNING AND END OF RAPE: Confronting Sexual Violence in Native America

Highly recommend - Sarah Deer does an incredible job of outlining an issue that is often overlooked in today's society.

Sarah Deer, a 2014 MacArthur Fellow, has worked to end violence against women for more than twenty years. She began as a volunteer in a rape victim advocacy program and later received her JD with a Tribal Lawyer Certificate from the University of Kansas School of Law. She is a professor of law at William Mitchell College of Law in St. Paul, Minnesota. She is coauthor of three textbooks on tribal law and coeditor of Sharing Our Stories of Survival: Native Women Surviving Violence. 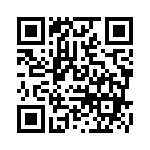